Competitive Volleyball is a fairly new sport to Mississippi, so those who excel have had to learn quickly. Clinton’s Madelyn Misita did just that, becoming a dominant high school and club player in Mississippi. 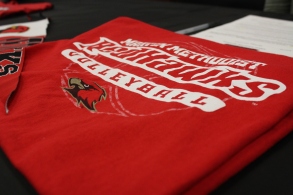 On Friday, May 2, Madelyn Misita signed a letter of intent with Martin Methodist College to play Volleyball for the RedHawks in Pulaski, Tenn.

“I love the facilities at Martin Methodist,” Misita said, “and I like the team and the good atmosphere. The coach is super sweet too. Plus, I know they can help me grow and get better as a player and a person.”

She was awarded the 2017 Clinton Volleyball Most Valuable Player and earned the 2017 Award. She was also named to the Clarion Ledger’s All State Team. She has surrounded herself with volleyball, coaching rec-league at Infinity Volleyball Academy in Flowood.

“Madelyn is a dynamic outside hitter that played six rotations for us at Clinton and was a game changer for us on many occasions,” Denson added. “She has the ability to perform skills at a very high level.”

Denson also said, “As a leader, Madelyn encourages her teammates and puts the focus on the team and not on herself. Madelyn is not only a great athlete but a great young lady.”

Madelyn Misita is the daughter of Barbara and James Bradley and Scott Misita.